About Ghosts of Shakespeare Festival

The Ghosts of Shakespeare festival is organized by Culture Monks  every year to commemorate the birth anniversary, and hence starts on April 23rd. The festival is held at multiple venue in Kolkata and its suburbs.

Ghosts of Shakespeare is an annual festival that is meant to confront the world of Shakespeare from the vantage of contemporary subjectivities and lived experience, as well as spaces that can be called primordial or mythical. It is meant to exist, both physically and metaphorically, in marginal spaces. This means that it intends to explore non-traditional venues, including open and public spaces, as well as to reach out to genres other than traditional ‘Shakespearean’ theatre, such as dance, ritual theatre, performance art, street performance and other forms and genres which defy any easy categorization. It looks at Shakespeare as a talisman of humanistic articulation, and hence embraces artistic actions that express disturbing and perhaps unpopular truths about the world and times we inhabit.

Keeping in mind our essentially trans-disciplinary nature (performance research, creation and theoretical discourse), we are interested in exploring Shakespeare as a living, and often disquieting presence, not as a dead icon of the ‘deadly theatre’.

‘Ghosts of Shakespeare’ reflects this – that Shakespeare has a contemporary afterlife in often unexpected forms. The spirit of it deliberately draws upon the anarchic ethos of small-scale, alternative fringe festivals in different parts of the world. We are interested in creative acts which are not big and well-funded, but rather which have rough-edges and are vulnerable. We’d like to bring together established names, emerging artists, as well as campus outfits on the same platform, without creating hierarchies. We are interested in the Shakespeare of in-betweens: between past and present, between east and west, between the sacral and the scatological – a liminal Shakespeare.

For the 2015 edition, sub-titled “The Idiot’s Tale”, we will look at solo performances. Through this device, we are essentially looking at the figure of the solitary human being in front of the universe. The magnificence as well as the ludicrousness of the human condition was a theme that obsessed Shakespeare, and he returns to it again and again, perhaps seldom as poetically as in Macbeth’s last, great soliloquy. It could be said that his greatest works are constructed around lonely, titanic figures who are at the same time acutely aware of their own absurdity, and that of life in general.

“Out, out, brief candle!
Life’s but a walking shadow, a poor player
That struts and frets his hour upon the stage
And then is heard no more; it is a tale
Told by an idiot, full of sound and fury,
Signifying nothing.” 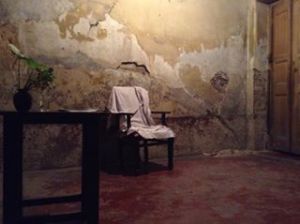 Waiting for Ferdinand by SODM 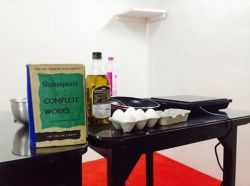 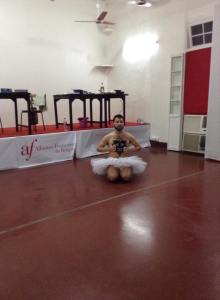 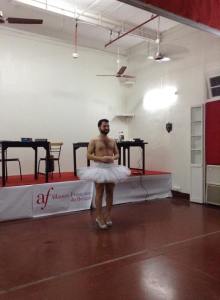 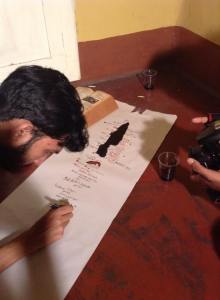 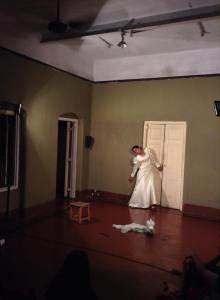 The performance at Alternative Living Theatre (ALT), Madhyagram, scheduled on April 25th, 2015, had to be called off due to risk of electoral violence.

One Reply to “Ghosts of Shakespeare Festival”