Here we present a dialogue with Honza Svasek – A Butoh performer from Netherlands. We were  delighted to have with us in Feb this year, as a part of the Kolkata International Butoh Festival. This interview was conducted by Abhijit  Ganguly and was published in his blogkolkatakonnector.blogspot.in & he has kindly consented to reproduce this interview.if you have any questions for Honza or would like to know about Butoh please drop in a mail to sudipta@thearshinagarproject.in

“Butoh performers drop the human condition and cultural programming and work with the body and our feelings, cell memory”

How would you explain Butoh to someone who is hearing it for the first time?

Butoh is a shamanic performance art form. It originated in Japan in the 60’s as a rebellion against traditional Japanese theater/dance. It was developed by Hijikata and Ohno.

You are a Networking specialist. How did you get interested in Butoh? What was it that intrigued you?

In 2007 I found Butoh by accident. I was living in an artist community in Rotterdam and one of my colleagues asked me to participate in a Butoh piece. The shamanic aspect interested me and I decided to research the subject. In 2011 I spent six months at the Subbody Butoh School in Dharamsala. After that it became a lifestyle. 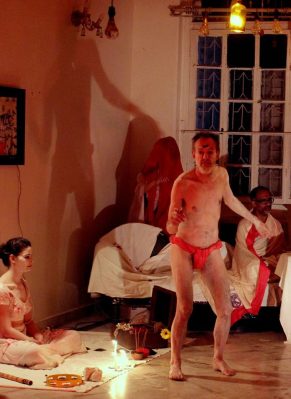 Is Butoh a special message that is enjoyed by only a few people?

Butoh performers drop the human condition and cultural programming and work with the body and our feelings, cell memory. We try to dance the whole of existence, so we research and contact our dark side (the shadow, the darkness of the body). Also, I guess this is not for everybody. Quite some of the current Butoh teachers dropped this darkness and teach ‘White Butoh’, ‘The Butoh of Life, etc.

What kind of training does one have to undergo to absorb the essence of this form?

A workshop can give some basics and plant some seeds, but to become a professional Butoh performer needs time. There are however very few places where you can study and practice for a longer period, one of them being in Dharamsala.

What is a frequently misunderstood facet of Butoh?

The most difficult part of the practice is to get and stay in a state of alternate consciousness, so the spirit can take over and dance the body. Dropping the ego and daily mind is necessary, but it takes a lot of practice and time before you are really there.

How was your experience here in Kolkata?

Kolkata was for me one of the most pleasant cities in India. Somehow the people are quite open, happy and free compared to Delhi, Bangalore, Mumbai and Pune. 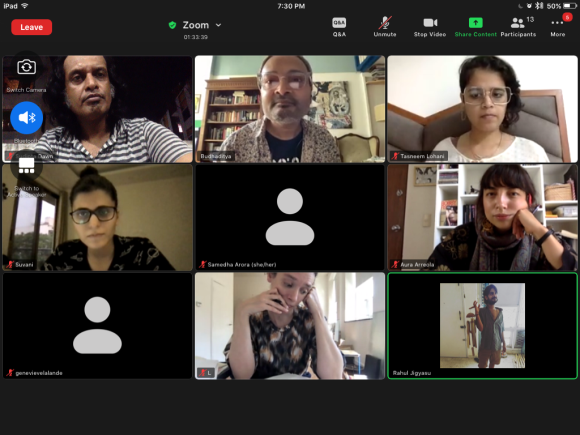 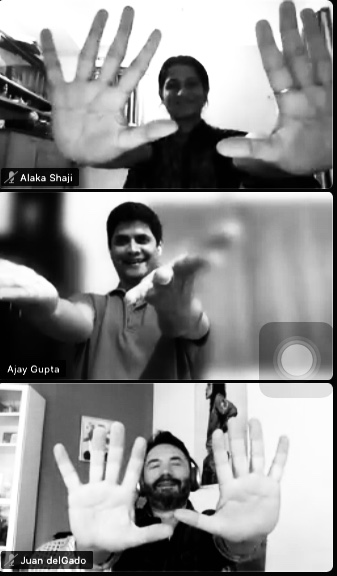 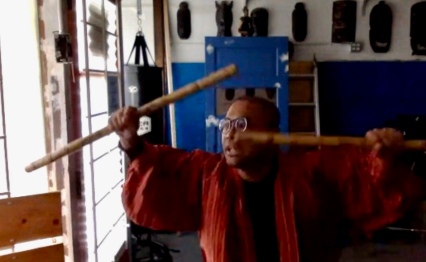 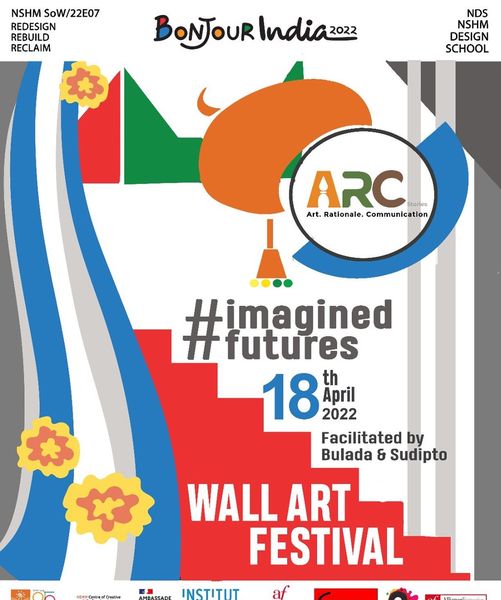 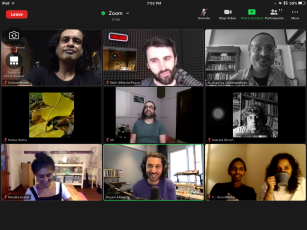 Newspaper reportage of the intervention for Bonjour India festival with graffiti artist Skio .
Telling stories "which don't want to be told "
on ākāśa storytelling workshop.
Culture Monks is very happy to be part of this symposium & project.
An online workshop based on Natyashastra for contemporary retelling & performance of folk stories.
“Walls of Change” - a panel discussion
All are cordially invited to the exhibition starting from May 9, 2022.
Theatre of change
A participant on her experience of the akasa storytelling workshop.