We’re delighted to publish an article by Oriana Haddad as part of the series Urban Body – Entrapments & Releases. This article explores the relationship between the body and the city.

a essay by Oriana Haddad

“The freedom to make and remake our cities and ourselves is, I want to argue, one of the most precious yet most neglected of our human rights.” (David Harvey; 2008)

Our relationship with the city is first of all a physical relation, a mutual touch through which both our bodily presence and the environment are shaped. Therefore, the claim to regenerate our everyday reality first needs to reassess the primacy of the body and its power, which consequently allows us the right to the city in which we live.

The city, with its architecture, activities, and regulations, represent the most common reality of our civilization. It is a habit of living, a shared familiar map of practices, an order of repeated sensory contacts between our body and the space, which shape our experiences, and, thus, control our becoming. Our body itself becomes a habit of living.

By performing these urban practices we carry a political order within ourselves. When we passively perform this order as a reality we are given, we apply a censorship on our free potential of becoming; we neglect our innate agency for regenerating both our self and the environment, in accordance with our inner urges and will.

The anthropologist Judith Hanna argued that “The simplest form of power is the individual’s own body”. The body is acknowledged as our primary and free resource given by nature, through which we create and experience the reality of ourselves and of the environment around us. Changing the city begins with a revolution of its physical experiences. Shaking the tropism of our becoming means to harness the free potential of our body, set up new intentions, and develop an alternative somatic, sensorial, and kinetic map of contacts with each urban space, so that our deepest feelings about the city can raise into consciousness.

Through this regenerative practice, we set the body ‘out of place’, as an act of subversion and suspension from performing the ordinary. In this way we disrupt the standard reality we produce and consume everyday. The body is free to explore its touch with the urban materials, to reverse its orientations, shift its gravity, move through new pathways; our senses can choose to respond to new environmental stimuli, the city becomes a boundless multisensory landscape, charged with countless stimuli that can feed our quest for change. The process through which reality is shaped opens up anew. The body merges again with the urban space into a fluid and indeterminate existence. The unknown, the forbidden, the desired, opens up under the familiar. New information about flaws, wonders, potentials, and dreams about the city begins to be created and embodied by us. We gain feedback and clues on positive and negative aspects through which this political order of being affects us, so as to envision possible improvements in our urban life.

Changing standardized practices emerges as an act of social disturbance and political disobedience; it becomes a critical modus vivendi, and it dismisses any distinction between being a producer and a consumer of reality. The body becomes a physical and intellectual weapon against the political order: it breaks through the illusions of separateness between inner and outer, through the extraordinary, which lies within the ordinary.

Many sociologists, architects, and urbanists, have already shed light on the urgency of a body-based shift in urban theorizing and planning. Architectural experiences are bodily experiences. In “Flesh and Stone”, Richard Sennett examines the relation between the body and the city through the modern development of western civilization; he argues that the afflicting habit of living in the modern environment resides in a failure of modern architects and urbanists: “having somehow lost an active connection to the human body in their designs”. Sennett’s observation points out how in modern culture “order means lack of contact”. The avoidance of physical touch with materials and other people has been considered a sign of a successful and civilized living environment. Tactile sterility and standardized practices have generated a sense of dullness and monotony, which limits our responsiveness, and keeps our kinetic and sentient intelligence from experiencing the environment as charged with an indeterminate abundance of multisensory stimuli. Our body has turned into a poor experience of embodiment, increasingly deprived of diverse sensory and kinetic experiences, and so preventing an organic and fulfilling evolution of our Self-World becoming. Such disembodied architecture causes us to feel the urban landscape as a reality to be consumed, rather than a creation in which to participate and take responsibility for. The impoverishment of communal spaces, globalization of territories, and social segregation, have become core issues at the centre of critical debates and new strategies of intervention in the urban fabric.

The architect Juhani Pallasmaa critically brings into question the sight-dominant attention and vision-centred perception on which modern culture has structured its understanding of the World. In this way, the experience of reality has followed a loss of  plasticity, discriminating against the potential of all the other human senses, through which our embodiment of life takes place. “The skin reads the texture, weight, density, and temperature of matter”, Pallasmaa argues. In order to re-sensualise architecture and our being-in-the-World, our sense of touch is the one which we must primarily bring back into our awareness. Spatial orders are somatic orders. Our body becomes, together with the city, a whole embodied somato-sensory geometry of life. Pallasmaa reminds us that “buildings and cities provide the horizon for the understanding and confronting of the human existential condition. Instead of creating mere objects of visual seduction, architecture relates, mediates and projects meanings. The ultimate meaning of any building is beyond architecture; it directs our consciousness back to the world and towards our own sense of self and being.

The right to the city for which we shall fight, embeds a constant practice of bodily agency and freedom, that reminds ourselves what is the starting point from which to rethink and plan a positive urban environment. Through the way we design and build the environment we live in, we choose what kind of humanity we want to become, what kind of social, political, and economical order we want to embody.

She was born in Milan, Italy, from an Italian mother and an Egyptian/Lebanese-Armenian father. She currently lives and works in London, UK.

Her multi-disciplinary background began with an early training in ballet, followed by modern dance and theatre. She moved to New York, USA, where she attended classes and workshops in contemporary dance, contact improvisation, and Butoh dance, at Movement Research. In New York, she received her Diploma in Body Movement Analysis, from the Laban/Bartenieff Institute of Advanced Movement Studies. This embodied approach to movement and consciousness uses a combined methodology of studies and physical training: Rudolf Laban’s principles of harmony and efficiency of body movement in space; the physical re-education and therapeutic method of Irmgard Bartenieff; and studies in non-verbal communication, developmental, and somatic studies, which draw on Body-Mind Centering.

She returned to Italy, where she gained a BA in Ethno-Cultural Anthropology, from the Alma Mater University of Bologna. In her studies, she focused on issues of perception of the Self and of the World, as rooted in cultural, social, and psychological patterns. Then she moved to London in order to deepen her knowledge of the interpretation of the human body in bio-medical sciences, western and oriental philosophies, religions, and cultures of the World. She gained an MA in Anthropology of the Body and Health of the XXI° Century, from Goldsmiths College.

As an anthropologist, performer, movement analyst, and visual artist, she is continually carrying out theoretical and experiential projects, which explore the process of embodiment; these challenge the relationship between body and space, body and identity, body and society, body and migration, body and health, and seek to open up other potential fields where research with and through the body is possible.

70 years after freedom, India is clearly an important part of the global development paradigm. The trajectory is gradually but surely moving, tending towards an universalized architecture of  urbanity.

Yet pathways to future seems to be determined but not self -determined. The position of liberties which freedom offers are constantly evolving through a continuous discourse amongst diverse forces.The urban spaces meanwhile are mangled, chaotic, polluted, dystopian – much an result of sudden influxes and accidental growth rather than of planned development – merely factories and supermarkets of bodies in motion – plugged effectively to a matrix which is centralized and oriented towards productivity.Urbanity – symbolic of progress is also the colonization of the body, mind & soul.

It is the desecration of the soul, deconstruction of the body and remolding of culture. 70 years after independence the urban body is entrapped, colonized, by powers which are invisible yet more efficient.Hence we look at writings which examines this entrapment and the quest for release – to liberate.   Writings which helps us to negotiate, envision and determine  – to love , to live and progress as individuals & as a collective, in and from – this urban dystopia.

This work is licensed under a Creative Commons Attribution-NonCommercial-NoDerivatives 4.0 International License. 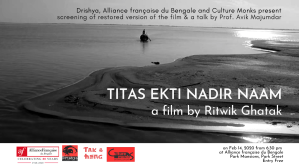 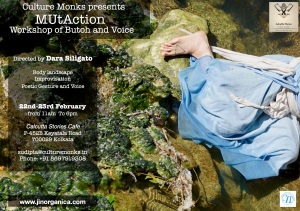