Days sedated, zombies flocking the streets – victims of nostalgia, led on by banners and glow signs into mirages to drink coke, pepsi, thumbs up, whisky, vodka, rum. The cityś a mindless kitsch, indulgent, delinquent, drunk. The effulgence rests on the ephemeral glitters, hiding all that is permanently deformed. The eyes don´t see, don´t want to see for a few days, itself. The screens flicker, voices shout out, rake up frenzy – millions are on the pilgrimś route, aptly spend and spent.

A man with a child in his arms asks : ¨Is there another way¨ ?

I say ¨Shubho Bijoya! Walk to the river and see for yourself the end. Then walk back slowly to life.´

is it water or my thirst

an ode to the man on the coconut tree

The roots have long disappeared, stranded deep, in crevices of history. Blood, flesh, thoughts- merely, but no earthly wealth does it owe. Manures usurped by insignia, transmitted through a clothing line, dripping artifices – each blob encapsulates a heady concoction of human frailty. There is a hovel somewhere along
the road from Bohemia to Utopia which refuses refuge to conscientious escapades.

You’re somewhere, I know where – it’s what I can now call adolescence, stubbornly embedded, didn’t I mention forever, and why rummage through this now – it’s the first smoke, still swirling in the air, and, as you drew near, the smell of cheap whisky, always drawn to the warmth, but you were not a muse, yet you were, you did not love, yet you did.

Edicts and milestones, somewhere a puppet show, latched to an unfastened bra strap. Some times, an yearning, driving this traffic of dark viscosity through a maze of an illusionists spade trick, splattered rainbows, on the somewhat naive whiteness of a morning. Mangoes and berries, apples and walnuts, olives and grapes, who would know ? Granny still at it, like last morning, squatted on the red floor, chopping, grinding ; the cranky tube well inhaling – exhaling ; buckets piercing the hollowness; squirrels scrambling for cover; nothing much – but a man on the coconut tree – not now, not here.

every moment is slavery, every moment a rebellion. each moment needs sustenance, each moment seeks the open skies – each day an independence day, with you a flight to ecstasy.

the poet shall only be partly redeemed on facebook
the other part – an eternal lament bottled in a phial to posterity
for urinalysis – revealing a garbled cacophony of The Bard
a few whispers falling like the autumn leaves
will cover his genitalia – mutilated in an ideological warfare
his enemies – the partly formed fetuses of carps
the other part – climbing the creepers of evolution
wrapped sensuously around the eternally silent rubber dolls.

the fetish of long hours

Oh! The nobility leaves no time for much else. So hack the trees, burn gallons and train, kill those bitches!!

How was the tea? Slightly burned!?

an anthem of love

Ghosts of stupidity,
wrapped in whiteness,
obliging you with pleasure or treasure
if you answered those questions right
as per their specifications
There shall be no questions unresolved
or answered otherwise
If not you’re a fool, sissy , philosopher or a poet
History will bear testimony , as deciphered from the rubble
To confirm that there was never a way out
From Ghosts of stupidity wrapped in whiteness
As for those natives, warring tribal lord
Say in Iran, Irag, Pakistan, Afghanistan
Civilize !!!!
Given them guns & intelligent statistics
But if we must, learn to love
We must lean to forget
Structures seeking resolutions for the ghosts of stupidity
For an anthem of love, is not a trumpet call

Isn’t it so human to fly black kites into greying skies with buoyant hopes, deluded, perhaps, by the wind. Time, gives one the luxury- for childhood knew not much of its childhood , or its sins. Maybe like a tropical summer afternoon makes you yearn for this rain- seek ignorance and stories will find you.

Visages of a State Run Hospital: Ceiling filled with cobwebs, floors generously strewn with dog & cat shit, the walls painted with gutka spit, stench filled corridors, a dead man on the floor covered with a thin white cloth, a sick man beside him ( sleeping on the floor, for there is no more bed), jars labelled ‘bio hazard ‘, left unattended on the benches, dustbins filled with rotting food- fat rodents scout their meal.

Nausea grips me: as the songs of nationalism floats in, ‘netas’-eulogizing the greatness of this nation. I could cry, but then tears would not suffice… “Sare Jaha Se Acha, Hindusthan Hamara”.. “ভারতভাগ্যবিধাতা ।”….. Hmmm

But then there are those brilliant people: the patients, those doctors, nurses & staff, living this absurd- bravely, gracefully ready to pay the price for their fate.

Meanwhile on the ramparts of a fort, filled with nostalgia, a scheduled orgasm, achieved with clockwork precision. 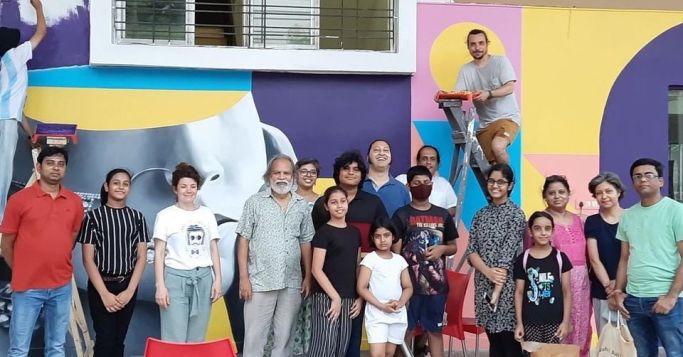 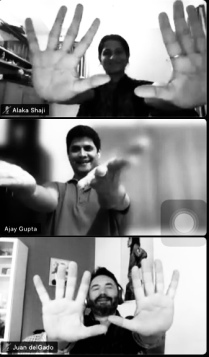 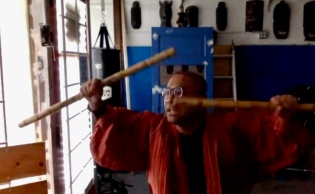 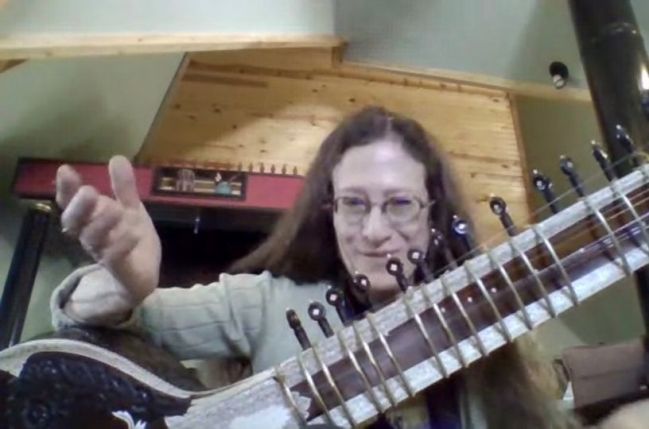 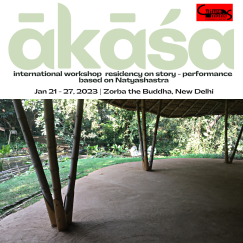 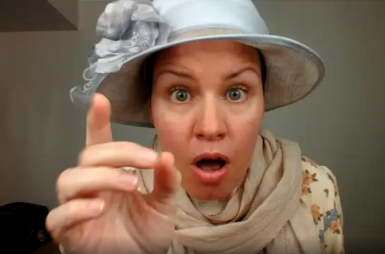 The first phase of the Kolkata - Columbia chapter of the project called 'Drawn Soundscapes' in progress with the students of Universidad Nacional de Colombia.
Call for written articles or podcasts on Retellings.
ākāśa story performance multidisciplinary process of co creation in progress as part of Soirée pleine d’histoires – Evenings of Stories, 2022.
Evenings of Stories 2022 presents an offline ākāśa storytelling & performance workshop for teachers.
Limited seats remain for the annual offline ākāśa storytelling residency.
"The inner, what is it, if not the intensified sky ?”
Open call for Soirée pleine d'histoires (Evening of Stories), 2022.
South Asian Fringe pop up at Hornbill Festival 2022 presents
An interdisciplinary workshop as part of Evening of Stories 2022 project